Data visualisation can be fun 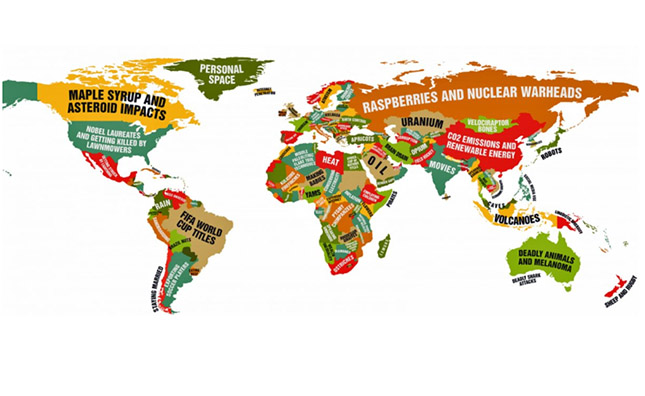 Have you ever wondered where most robots are produced or which country has the most flowers? If yes, then this fun and informative world map might brighten up your day.

The trio collected the information displayed on the map from various Internet sources, Wikipedia being one of the most quoted in the full list of sources.

Although the funky map does not actually visualise the data, it follows the current media trend of infotainment – presentation of data as entertainment.