Naivasha is commonly known as the Vegas of Kenya because a large part of the country’s domestic tourism is concentrated in the town, its nightlife being the main attraction. In the vicinity of the lake, British colonists constructed large estates at the shores of the lake bearing the same name. Currently these old houses, many of which have been reconverted into tourist accommodations, exist side by side with immense flower plantations. Seventy percent of the country’s flower production is concentrated on the shores of the lake.

2009: the level of Naivasha Lake was lower than usual, close to its critical point. Despite being prohibited, plantations utilised water from and dumped it back into the lake without paying taxes. That year, on various mornings, the lake was found with dead fish floating near the shore. There is no official version of the incident, but according to several reports, the plantations were to blame. LandQuest’s team did not find any reports regarding the state of the flora or the quality of the water.

In the summer of 2013, the situation was the opposite of what it was four years prior. The level of the lake was higher than ever. The water had invaded what had always been mainland: houses, piers and other constructions were submerged. Some plantations built dykes to protect themselves from the water and the hippopotami. The Crayfish Camp, in the middle of the plantations, wanted to do the same. They didn’t have time: the water rose so fast that one morning they found the digger flooded and unused. The water level continued to rise to the point where the camp is no longer seen from solid ground.

The plantations continue to dump contaminated water into the lake. Silas Mwiti, a journalist and an expert in Naivasha flower plantations, explained that regulations do exist, but compliance is not obligatory. The Ministry of Water and Environment set some criteria, but there is no team of inspectors to audit the greenhouses. The Kenya Flower Council (the employers’ association for flower producers) carries out inspections, but only with its associates. 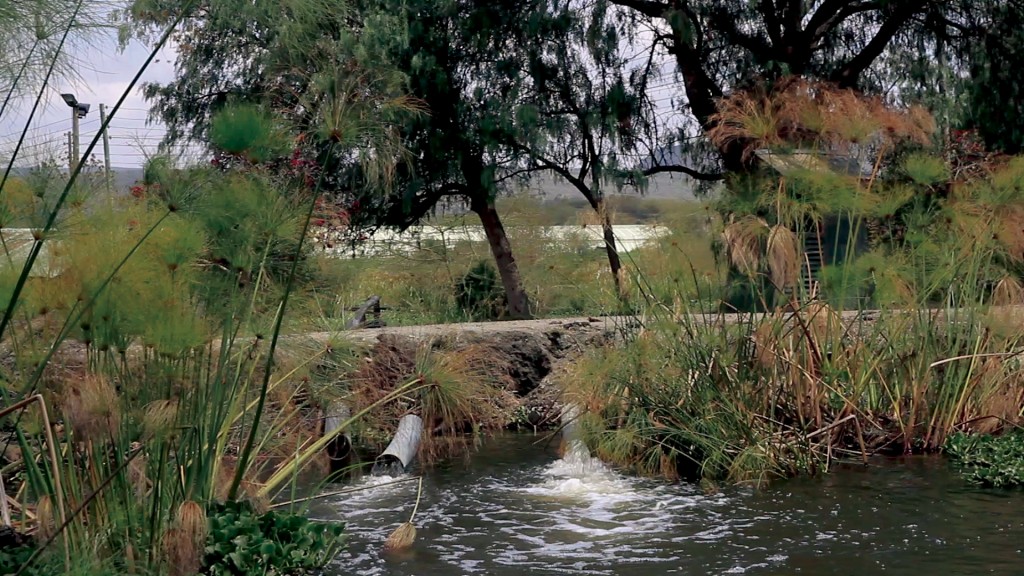 LandQuest’s team of reporters verified and filmed how various plantations, including Sher Karuturi, dump contaminated water into the lake. George Kinjanui, an engineer at the Ministry of Water and Environment, denies the evidence and defends that the Ministry regulates the plantations and that they purify the water before returning it to the lake. When he was shown the film, he responded with a curt, “they are not allowed to do what you say they do”.
An additional example of the power that the plantations have is that the ferryman who accompanied the LandQuest team on the lake refused not only to explain his experience, he also declined to give his complete name when he was informed of the purpose of the visit to the lake.

Landquest by Internews Kenya is licensed under a Creative Commons Attribution 4.0 International License.
Permissions beyond the scope of this license may be available at http://creativecommons.org/licenses/by-nc-nd/3.0/.