Taking data journalism to the newsroom through fellowship 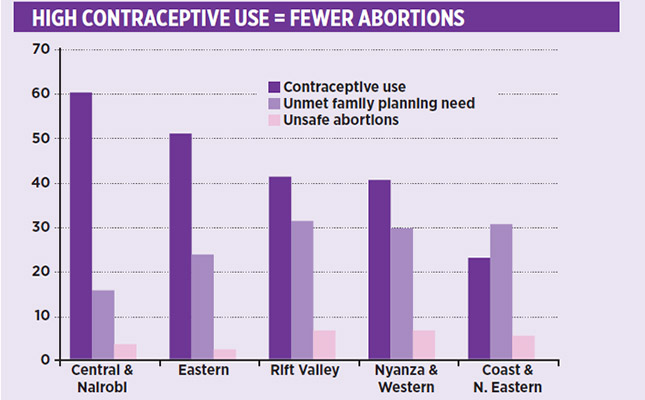 November was a great month for data journalism in Kenya as several high quality data driven stories were published in the mainstream media.

When the first national Budget under a devolved governance system was read in Parliament in June many media houses erroneously reported that the Health budget had been slashed massively compared to the previous year. What they did not take into consideration is that provision of health services is one of the functions that was been devolved to county governments. The only way to find out how much public spending had been allocated to health this year was to add up what the 47 counties had budgeted for health and the allocation in the national Budget.

Driven by too many questions on health financing in a devolved system of government, The Standard Investigative Journalist Paul Wafula and Internews fellow turned to data journalism for answers. The result is a cross platform, multimedia story  Change for Health that was published as a series in The Standard newspaper and on Standard Digital.

Wafula used audio slides, interactive maps, infographics and a news app to tell a compelling but simple story of how much each county government is spending on health development per person, the challenges and the misplaced priorities they face. The news app was developed by Internews data journalism fellow Dan Cheseret who is a developer.

When the first nationwide report on unsafe abortions in Kenya was released recently most media houses went for the sensational. They wondered why such a high number of married women were undergoing unsafe abortions. None of the stories provided answers. But after analysing the data from the report and other sources, Internews in Kenya Data Journalism Fellow Mercy Juma produced a cross-platform and multimedia story that links the high number of unsafe abortions in Kenya to low contraceptive use. Her 10-minute TV story, Grave Choices, was aired on NTV. The print version was published as a cover story in The Daily Nation’s DN2 and on the newspaper’s online platform.

Internews in Kenya data journalism fellow and The Star journalist Samuel Otieno also looked beyond the beyond sensational headlines and delves deep into how universal access to contraceptives could reduce national health spending on post abortion care and the unnecessary death of women.  His cross platform multimedia story, Cost of unsafe abortion was published in the Star newspaper and Star online.