Refugees in Kenya to return to Somalia, but will life improve on either side of the border? 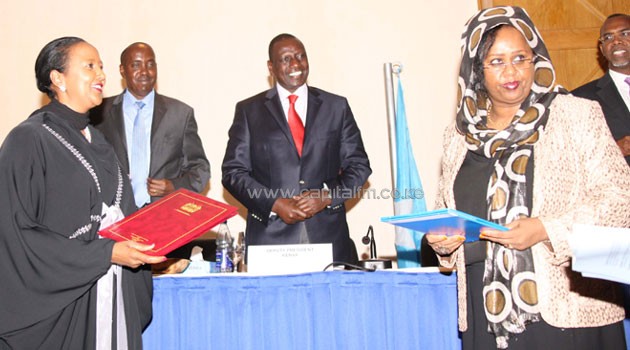 The Capital FM story Kenya signs pact for refugees return to Somalia sidesteps the very issue that make this story newsworthy.  The answers to the question of whether repatriating refugees is good for either Kenyans or the Somali refugees lies in data.

Without understanding the demographics of the refugee camps it is impossible to determine whether closing the refugee camps could prevent another terrorist attack by al-Shabab in Kenya.  Are most of the refugees in the camp victims of al-Shabab who fled the country, displaced by al-Shabab fighters?  How much documentation exists about the backgrounds of the refugees themselves?  Does a list exist of suspected al-Shabab terrorists who may be living in the camps? How many out of the refugee population of the over 560,000 refugees do they represent? Are there statistics about arms trafficking or any other illegal activities in the camps? Have statements by Interior Minister Joseph Ole Lenku or National Security committee chairman Asman Kamama that some of the perpetrators of the Westgate attack came from the camps been corroborated or the names of those attackers released?

Will closing the refugee camps save Kenya money?

How much money does the Kenyan government contribute to the cost of each refugee?  How much is that in comparison to how much the government contributes to each Kenyan citizen?  Who covers the rest of the cost for each Somali refugee?  How have funding levels changed over time?  Does the Kenyan government receive any financial incentives from humanitarian aid organizations for maintaining these camps?  Does the Kenyan economy benefit indirectly from these camps?  For example, are the supplies, staff or other services for maintaining the camps locally sourced?

Is repatriation good for Somalis?

Life for Somalis leaving the camps and returning to Somali is at best uncertain.  Do they have access to information about the security situation and services available in Somalia?  Are Kenyans aware of the consequences of closing the camps?  What are the rates of malnutrition, violence, education and other key indicators in the camps and across the border in Somalia?  What is the prevailing public opinion in the camps?  Do refugees want to return?  Are refugees being coerced in any way to agree to return through the program of voluntary repatriation such as through rationing of provisions in the camp or misinformation about the safety situation in Somalia?  How many Somalis have faced harassment and discrimination since the Westgate attacks?  After examining the data, are refugees being scapegoated by Kenyan politicians? Are the real threats to Kenyan security being addressed?