Kenya’s Government spokesperson Mr Muthui Kariuki recently complained about a photograph that was carried in one of our dailies, The Star. In an open letter to the Media Council of Kenya that was also posted on his official facebook page, he disapproves of the publication of a graphic photo of a dead woman and her baby in the paper. The same image was used in a blog.

Muriuki’s main concern is that the image is disturbing. “As the Office of Public Communication and Government Spokesperson, we are extremely disturbed and concerned by the picture of a dead mother and child carried by The Star as it depicts Kenya to the global community, as a nation of savages who do not care about human life, especially the lives of women and children.” END_OF_DOCUMENT_TOKEN_TO_BE_REPLACED

For at least five hours, the #Waititu was trending globally which set a precedent for Kenya. This after many contributors on twitter made fun of the prank of having Waititu as Nairobi gubernatorial contestant.

As it turned out, Waititu, a hardened street politician who has in the past been involved in violent activities, including raining stones on people publicly, trounced Mbaru, a suave businessman and the darling of Nairobi’s tweeting crowd. END_OF_DOCUMENT_TOKEN_TO_BE_REPLACED

The rise of the citizen journalist 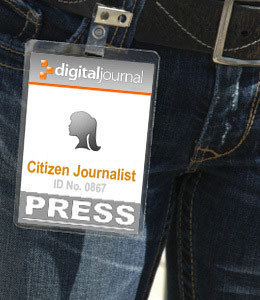 Voila!  The upper middle class in Kenya now have a convenient polling station to make their vote count - twitter. In the recent party primaries they voted in their numbers and their ballot had up to 140 characters. The expanded space enabled them to steer discussions towards their preferred candidates for various seats. But when the results were announced and their votes were not tallied, they cried foul and complained that the exercise was unfair.

All was not lost however. Some bloggers helped expose sham processes resulting in cancellation of some results. Robert Alai, a techie blogger and ‘voice of the voiceless’, as his twitter profile @RobertAlai  proclaims, was angered by attempts to favor contestants for various posts based on  nepotism and favoritism in the larger Nyanza region. A loser for the Siaya Governor seat, Oburu Odinga, who is the brother of Kenya’s Prime Minister Raila Odinga, blamed him for his predicament. END_OF_DOCUMENT_TOKEN_TO_BE_REPLACED

Kenyan journalists are up in arms after finding themselves fraudulently registered as members of political parties.
In a hotly contested election, where party affiliations have an ethnic hue, I also found it quite disturbing.
The journalists are likely to be seen as partisan by Kenyans. The matter should not be taken lightly since objectivity is one of the key tenets of journalism. How would a journalist, for example, registered to party A, cover stories in the strongholds of a rival party B?
Affected senior journalists shared their concerns with me. END_OF_DOCUMENT_TOKEN_TO_BE_REPLACED

Data and depth can save print media from looming death

As a student of journalism, I have spent the last few years fretfully thinking about the death of print journalism, the chosen track of my craft in storytelling.

On Dec 31 last year, Newsweek  published its last print issue, bringing to an end the publication’s 79-year triumph as a print publication. In the last few years, the weekly had been making losses going into millions of dollars every year.

After such successive losses, the Washington Post Company sold Newsweek for 1$ in 2010, with the buyer, Sidney Harman, also assuming the liabilities of the weekly. Now the print publication has closed shop. END_OF_DOCUMENT_TOKEN_TO_BE_REPLACED