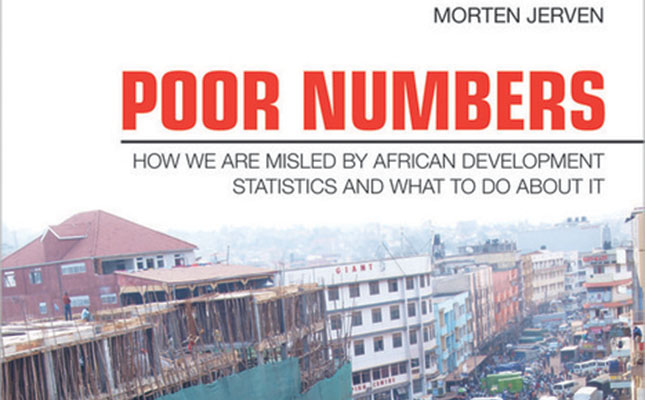 Last week there were reports in the Kenyan media that the country will rebase its gross domestic product which is likely to have the effect of increasing its GDP, now about $37 billion a year, the statistics office said on Friday.

With the review Kenya will achieve middle income economic status. The government says it is taking the action to have better coverage of certain sectors of the economy, including mobile money transfer services and internet activity.

Kenya is following in the footsteps of Nigeria which replaced South Africa as Africa's largest economy after a rebasing calculation that almost doubling its gross domestic product to more than $500 billion.

Many African countries have revamped their GDP calculations in recent years to reflect changes in output. Writing for Africa Check last year, writer Mandy de Waal examines how  economic historian Morten Jerven in his book, Poor Numbers: How We Are Misled by African Development Statistics and What to Do About It, presents the production of African development statistics. Below is Mandy’s article:

How trustworthy are Africa's gross domestic product figures? These all-important statistics have taken on a "dangerously misleading air of accuracy", writes economic historian Morten Jerven in his book, Poor Numbers: How We Are Misled by African Development Statistics and What to Do About It,

In the book Jerven tells the story of how Ghana did exactly the same thing in 2010. After that country’s statistical service adjusted the GDP by 60 per cent, Ghana was no longer “Africa’s statistical tragedy” but had suddenly made the leap from being a poor country to a middle-class one.

The change had significant consequences, because GDP is such a highly valued index in global economic terms. GDP shows whether economies are expanding or contracting. It is used to set interest rates and to plan economic policy. The index can influence the performance of stock exchanges as well as contributions that states make to economic unions and affects whether countries receive aid.

The big question Jerven examines in his book is whether GDP numbers can be trusted in Africa. Needless to say, the answer is reflected in the title of the book. The author says the reason for these numbers being poor is not just one of technical accuracy, but also because the “arbitrariness of the quantification process produces observations with very large errors and levels of uncertainty”.

Disturbingly, Jerven explains that these all-important statistics have taken on “a dangerously misleading air of accuracy and the resulting figures are used to make critical decisions that allocate scarce resources”.

“International development actors are making judgments based on erroneous statistics. Governments are not able to make informed decisions because existing data are too weak or the data they need do not exist.”

Travelling through Ghana, Nigeria, Uganda, Kenya, Tanzania, Malawi, Zambia and Botswana, the author takes readers into that heart of where and how GDP is constructed, and with what degree of accuracy.

Poor Numbers should be required reading for anyone who wants to know whether the continent’s key figures for measuring economic health are accurate.
The book is divided into four parts. The first looks at what is known about income and growth in Africa, and it is here that Jerven shows how GDP can be—and is—manipulated.  The second section called “Measuring African Wealth and Progress” examines sub-Saharan Africa and looks at how national accounts were set up in this region, and the problems that emerged during this process.

Chapter three – “Facts, Assumptions, and Controversy: Lessons from the Datasets” – looks at why the quality of statistics matters, and uses case studies to show what happens when several versions of the same dataset are in direct conflict with one another. Jerven then extrapolates very useful lessons about what happens when the data used to assess development in African states is in a “precarious” state.

The final section of the book offers pragmatic advice and useful steps for improving the statistics used to measure Africa’s economic health.

As Jerven writes: “African development statistics tell us less than we would like to think about income, poverty and growth in the region. One of the most urgent challenges in African economic development is to devise a strategy for improving statistical capacity; this system currently causes more confusion than enlightenment.”

Africa’s sun is rising and economists debating whether the continent’s robust growth is sustainable would be wise to broaden their argument to include the robustness of Africa’s numbers. Although Jerven’s book is one of the first on Africa’s “poor numbers”, it is a subject that’s going to get increasing attention given the interest in the continent together with the focus in global markets on governance, open data and transparency.