In the first three decades of independence Kenyan families began to have far fewer children after Kenya became the first country in Sub-Saharan Africa to encourage family planning.

A growing acceptance of family planning, including widespread availability of affordable contraceptives, saw the country’s fertility rate decline from an estimated eight children per woman in 1963 to around five in the late 1990s.

However, in the last two decades, the birth rate has stagnated at around five children per woman, putting both mothers and children at higher risk of premature death.

Today, many Kenyans continue to disregard widely accepted benefits of family planning.  Fewer than half the number of sexually active women in Kenya use contraceptives, according to the most recent Kenya Demographic Health Survey.

Kenya’s fast-growing population and associated shortage of resources are caused by, among other things, high fertility, early marriage, unmet family planning needs and low education. Women who have gone to school are four times more likely to plan their families than girls who have no formal education.

Family planning is a "win-win" for both health and wealth. When parents, especially women, plan their families, they are more likely to realise their education goals and have careers, which raise family income. When countries develop and fertility declines, the proportion of women earning wages rises and their children have greater chances of success 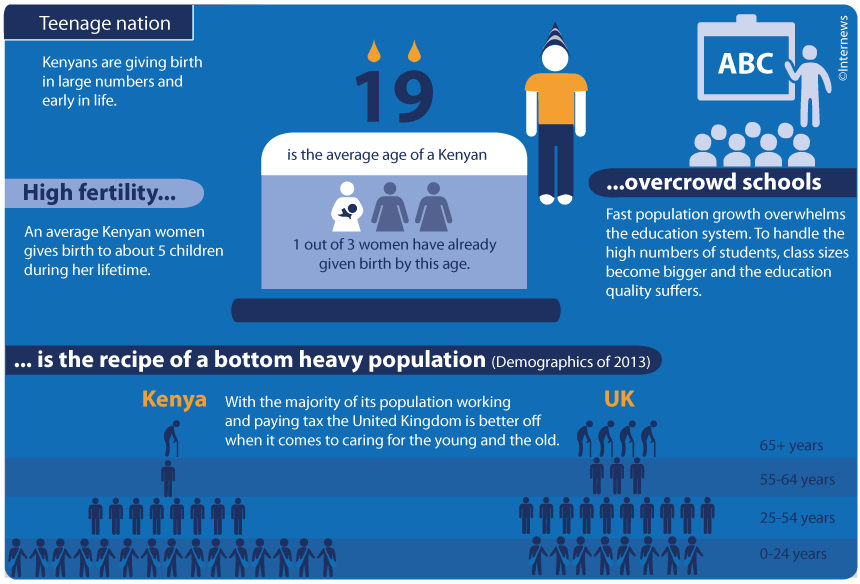 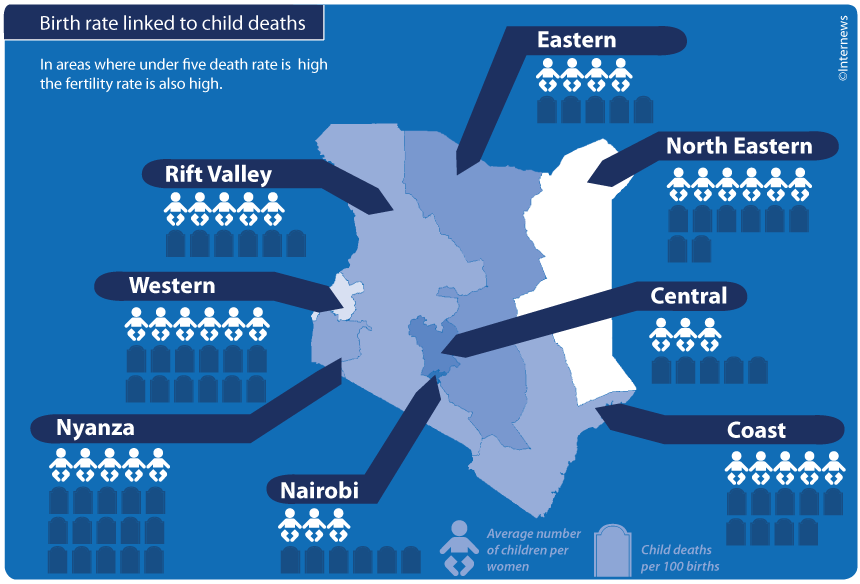 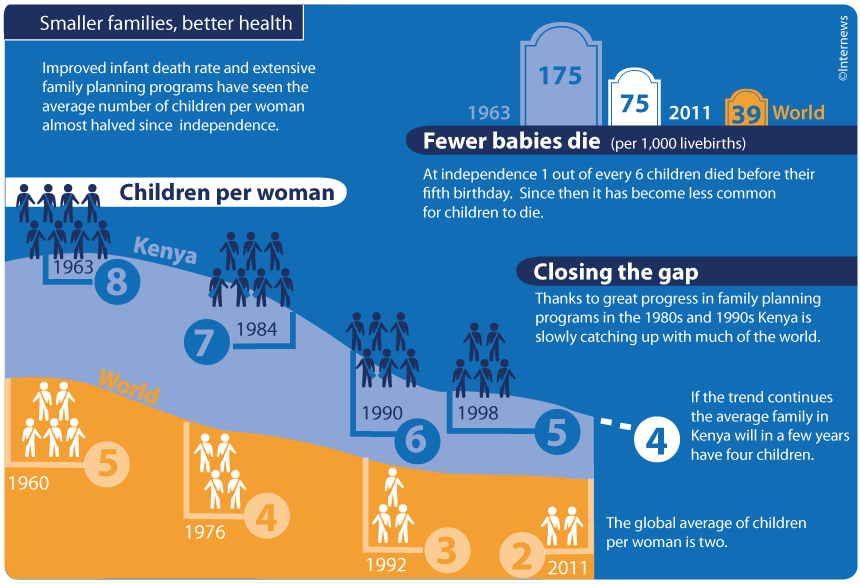 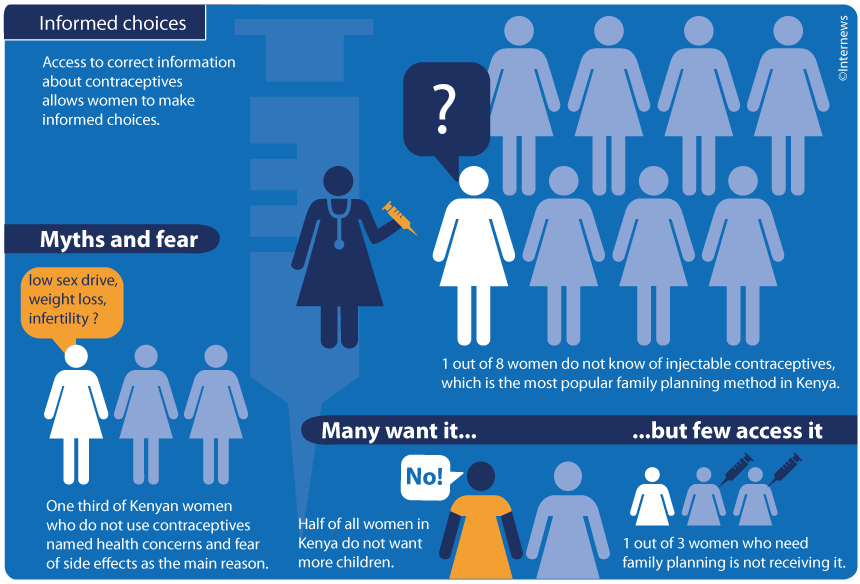 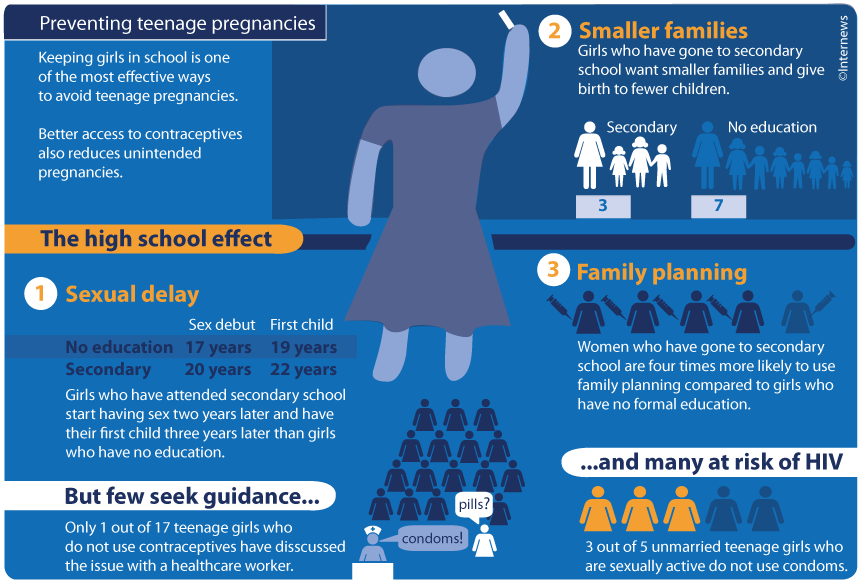 The tragedy of unsafe abortion 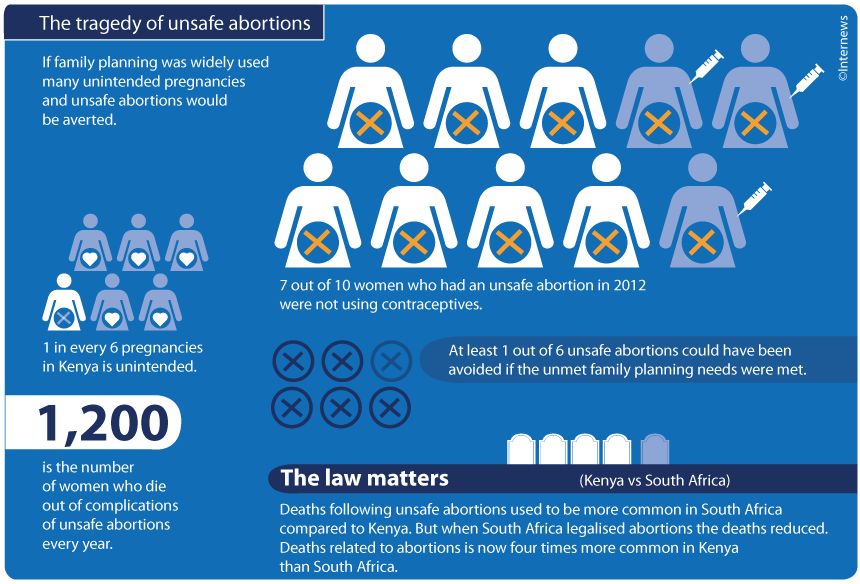