While the world has made significant progress in gains in curtailing maternal and child deaths, such advances have been painfully slow in Kenya.

Barely two years to the deadline of the millennium development goals (MDGs) Kenya is still way off target on child and maternal scores.

The mission to save mothers has been inching forward, sometimes one step forward, two steps back. For instance, the number of women who died from pregnancy related causes was higher in 2005 than 15 years earlier. In 1990 maternal deaths stood at a ratio of 400 per 100,000 live births before rising steadily to peak at a ratio of 450 in 2005. It then dropped to 360 last year, according to data from the World Health Organization (WHO).

The picture of children's well being is only marginally better with WHO data revealing that the child death rate dropped from 98 per 1,000 children in 1990 to 73 in 2011. There is still a long way to go: To reach the targets of MDG goal four and five the child death rate needs to drop to 33 per 1,000 and the maternal death rate to 100 per 100,000. A review of data reveals major disparities across the country among different economic classes. Perhaps this is one of the major issues Kenya can focus on as it seeks to make amends to maternal and child health.

Additionally, with the top causes of child and mothers death being easy to prevent and treat diseases such as malaria, infection from germs, diarrhoea, bleeding during pregnancy and unsafe abortions, expert analysis reveals that boosting primary healthcare could save thousands of lives every year and make Kenya a friendlier place for women and children. 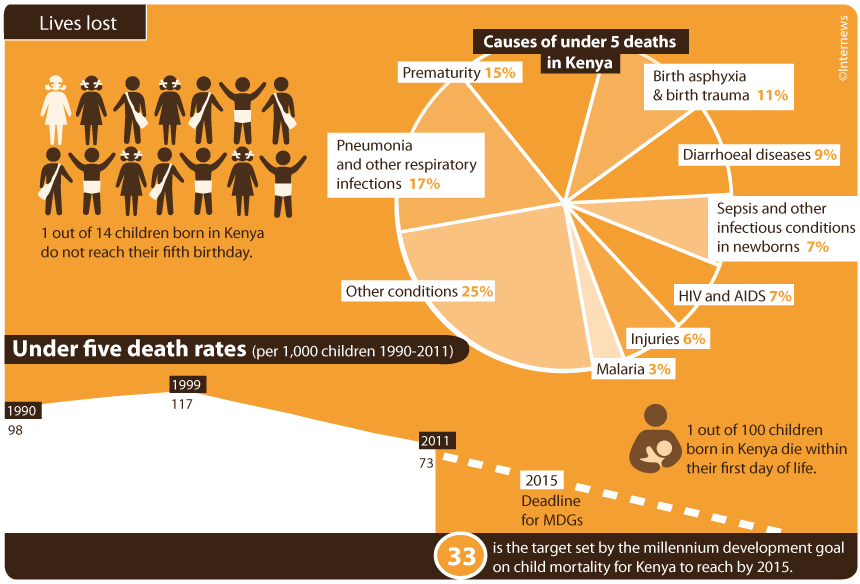 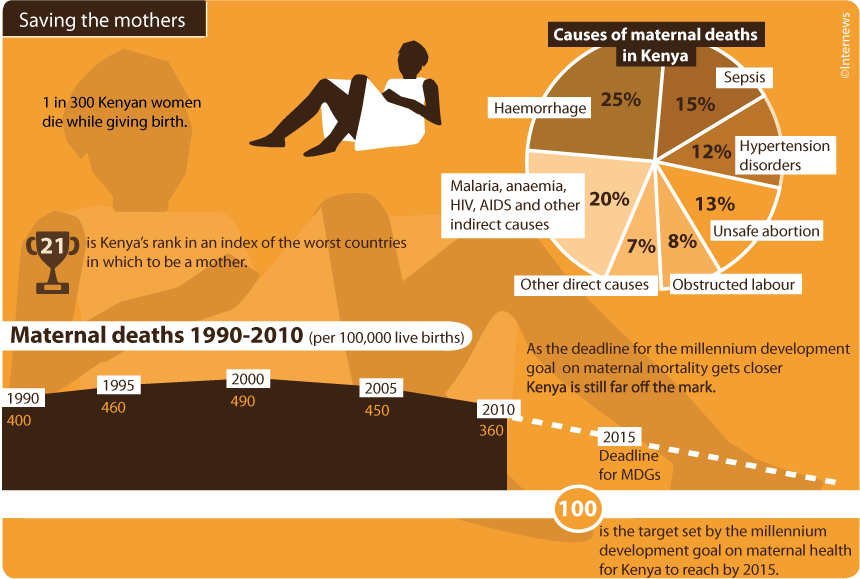 Where women give birth 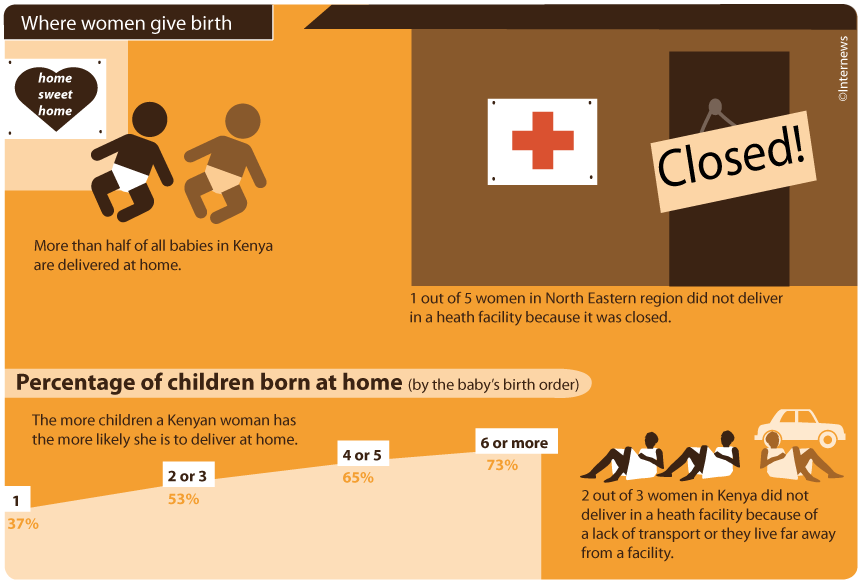 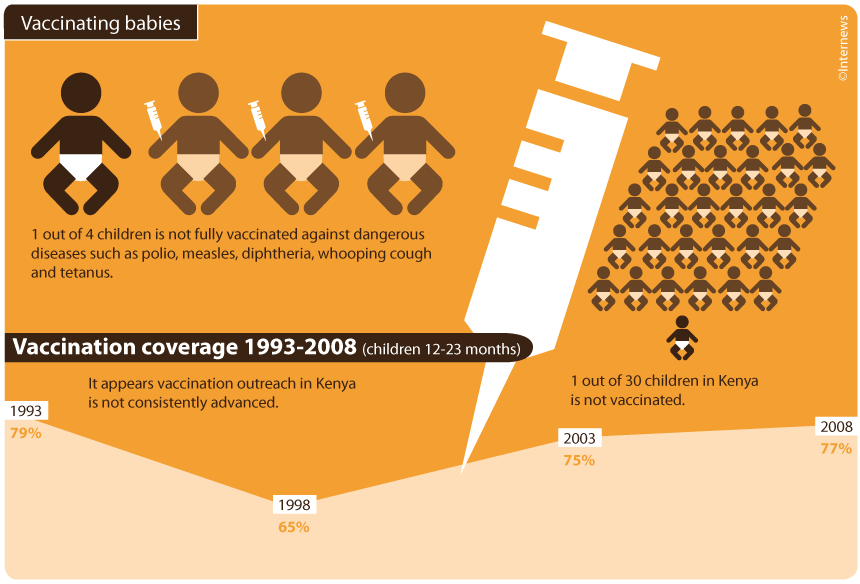 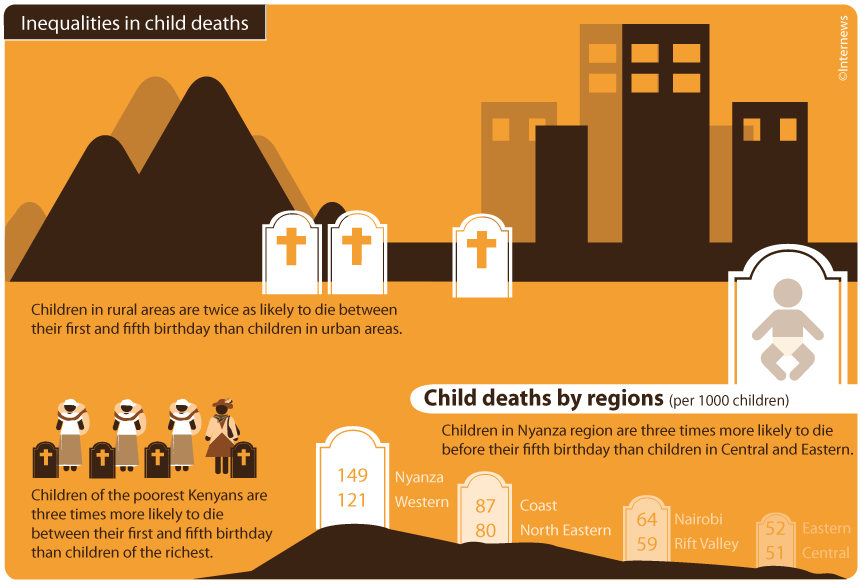 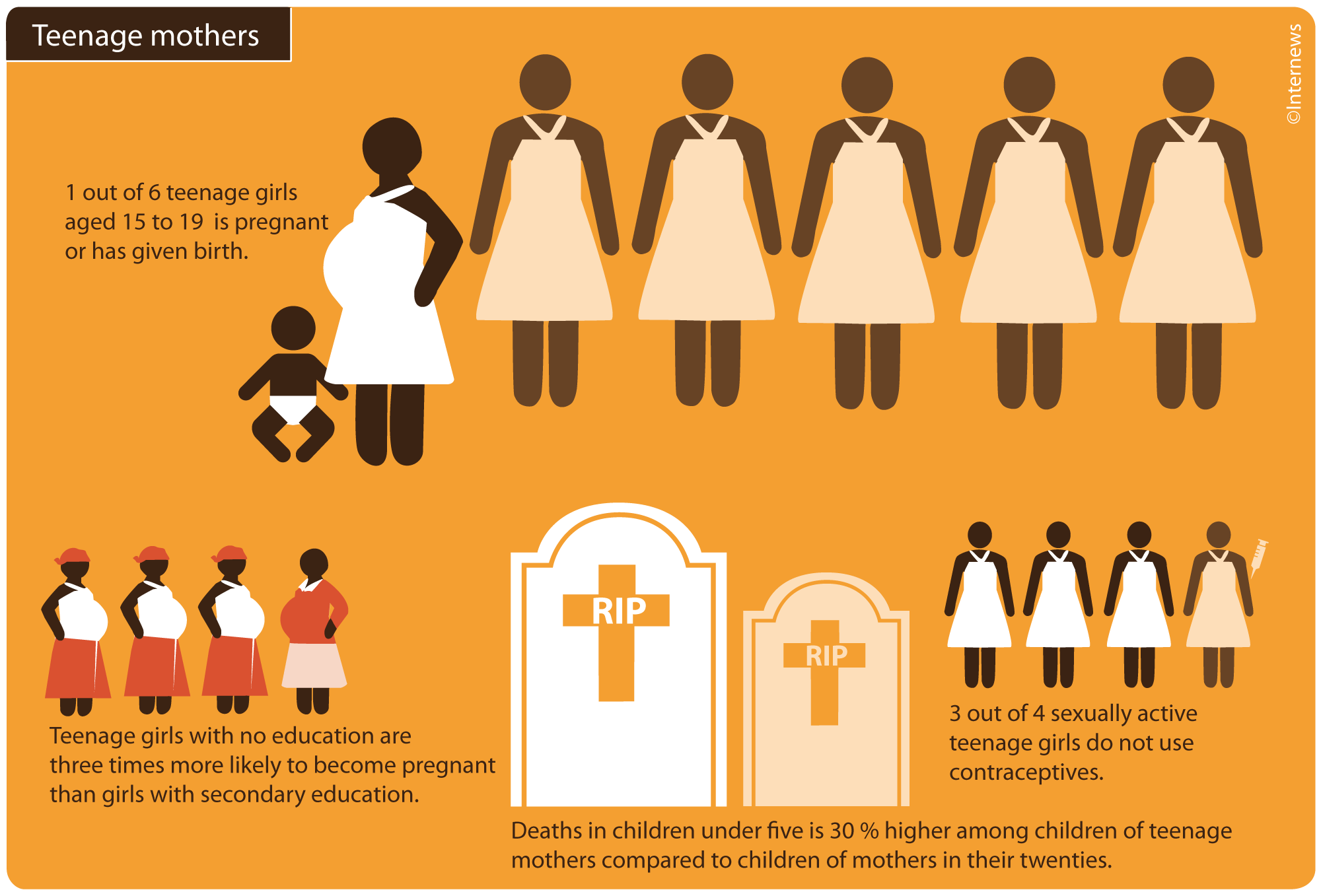 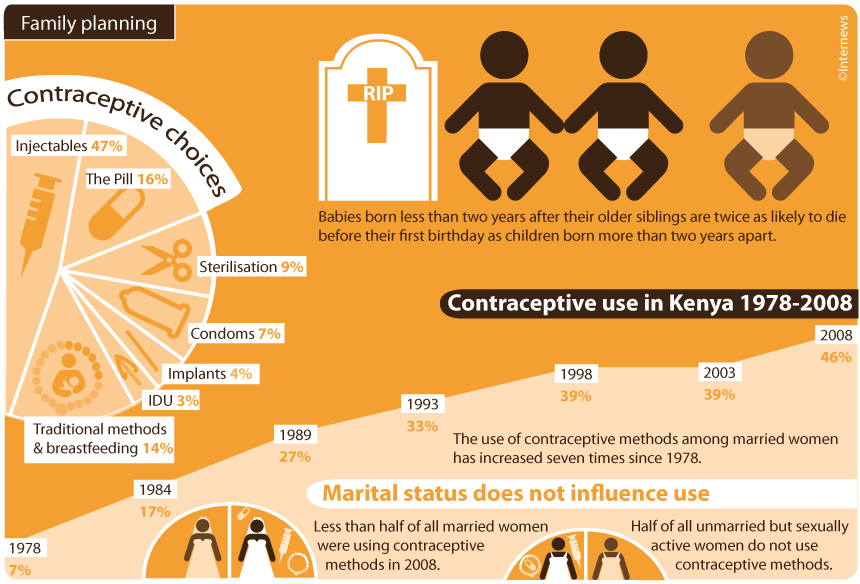